First of all something about myself, I’m Ravi Vagadia. I’m from Amreli a small city in Gujarat state of India. I’m currently doing BS.c. Computer Application (Final Year :P) and I’m (was?) a hardcore Windows user, I’ve been using Windows from around 10 yrs. I would like to express my views on KDE 4 (Open source Desktop Environment for Linux/Unix based operating systems).
I have been distro swapping since past 4-5 years and finally settled on Arch Linux which is fast, stable and not bloated like some other popular distros.

K Desktop Environment version 4 (KDE4) was released on 26th January 2008 after many delays and was criticized for its bugs and many incomplete features although it was developers preview release and was not targeted towards general users. However, KDE 4.1 (current stable version) which was released in July 2008, addressed most of the issues and is usable for general desktop users.

KDE desktop is revolutionary and its something more than a simple desktop environment, its a suite of desktop applications. KDE is based on QT4 (pronounced as cute4 :D ) GUI toolkit which uses very low memory and is highly efficient in managing memory and is cross platform toolkit developed by Trolltech (now acquired by Nokia).

here is how my Arch + KDE4 desktop looks like: (click on the image to view full image) 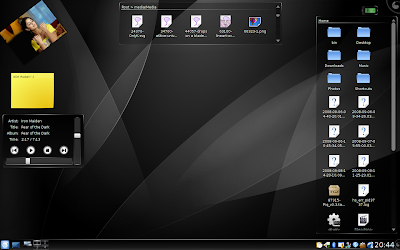 As you can see, traditional desktop icons are replaced with “FolderView”, a plasmoid (widget) . FolderView is a container in which you can choose folder so that you can see files from other folders rather than default “Desktop” folder on Desktop. You can put many different types of widgets like “Picture Frame”, “Now Playing” etc, same as Mac OS widgets and Windows Vista sidebar widgets but in KDE every part of desktop is a widget which is handled by Plasma(Desktop Shell).

For those people who doesn’t like new FolderView concept they can even set FolderView as Desktop Container to get same functionality as traditional (icons on desktop) feel. :
(click on the image to view full image) 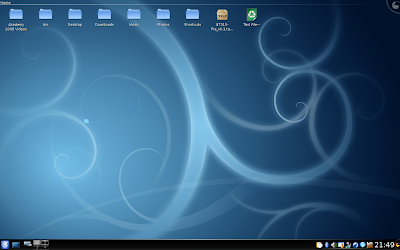 you can also set any svg image as wallpaper in KDE4

KDE4 Applications : - No doubt KDE has some of the best apps (Amarok!!) in OSS(Open Source Software) world, although there are many apps which are yet to be ported for KDE4 but I’m sure that devs are working on it.

File Management :
File management application is very important part of any Desktop Environment, KDE 4 uses Dolphin as File manager replacing Konqueror. Some of the awesome features of Dolphin are Tabbed browsing, Split Column view etc. One feature I like the most in Dolphin is “Filterbar” as the name suggests it filters files/folders in current folder with name/extension you type.

I have used “Finder” on Mac OS 10.5 (Leopard), “Nautilus” on Ubuntu and I’ve been using “Windows Explorer” from Win95 to Vista, although there is huge improvement in Vista’s Explorer yet i prefer “Dolphin” as my File manager. it’s neat, and fits my needs, Mac OS Finder feels good but lacks advance features.
some screenshots of Dolphin in action :- 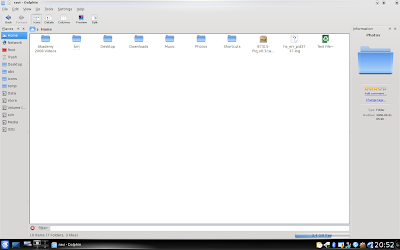 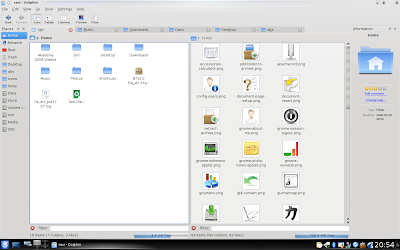 Here is the screenshot :- 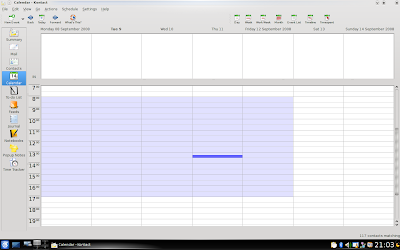 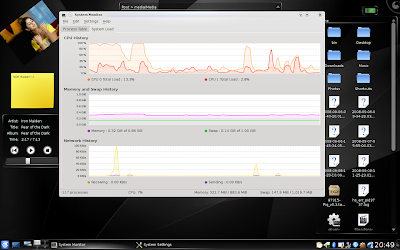 Similar to Control Panel in Windows, from here you can change (almost) any settings related to KDE/System. 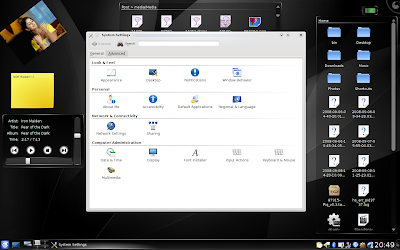 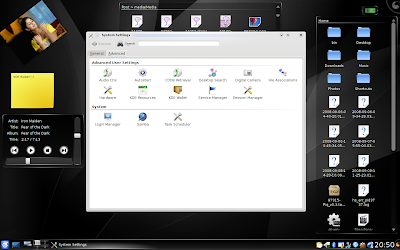 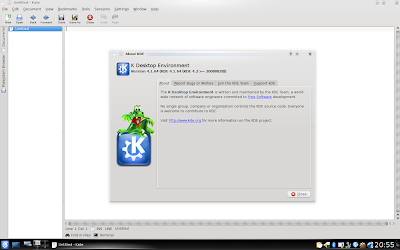